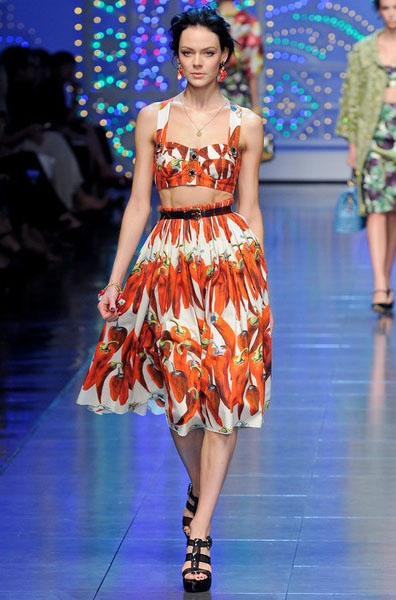 
If it were too stultifying and obvious a statement that history has a tendency to repeat itself, in fashion's case, to a notoriously great degree, then consider this: Casting aside financial  and logistical considerations, the thankfully up-and-coming D.I.Y. fashion area is currently starting to put its foot firmly down in the official trendy camp, but this hasn't been the first time. Rewind to the early seventies - when, yes, we indeed rewound, when necessary, because the prospects of navigating and skipping tracks in the digital way we now know and love were mere glints in the seductive eyes of technology - when fashion also met with craft, in an exotic affair with the bohemian artistry of Zandra Rhodes, Ossie Clark and Celia Birtwell, as well as countless other hippy clothing boutiques in San Francisco. This patterned, eclectic look would shape and herald the start of a new fashion decade, with even mainstream designers, such as Oscar De La Renta getting creatively involved, as with this coat from 1970: 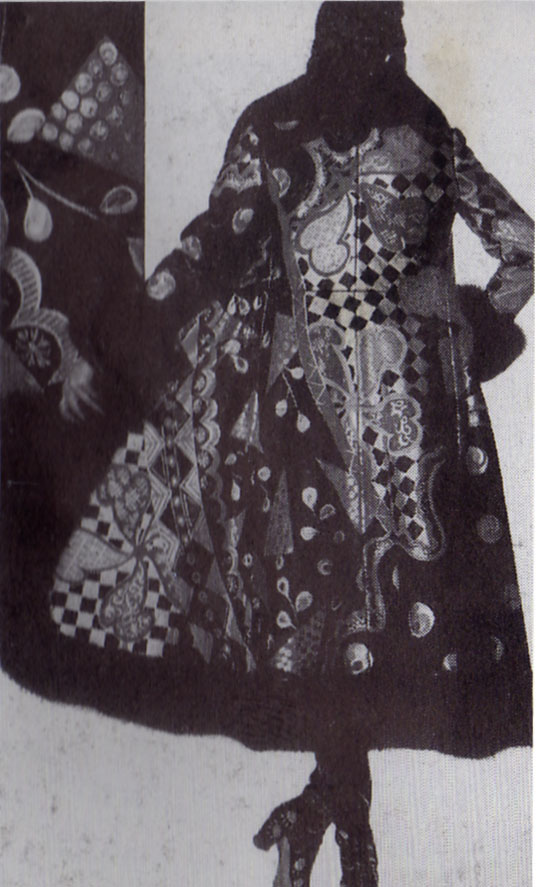 Decorative D.I.Y. chic might take a more organic, ground-level form now but that, in itself, is part of fashion's mysterious and beautiful paradox of being able to seemingly regurgitate a trend while reinventing it with a fresh, more contemporary approach. Okay, verbose navel-gazing over, let me put it another way: If, like me, you went through the mill of an art school education you will, at least once, have been told the oh-so-riveting story of post modernism, which includes the notion that new trends can no longer be created with new ideas since new ideas are no longer possible (their words not mine, natch) however, combining them with other old ideas and taking a new approach are the ways in which new movements, or in this case trends, are created. Of late, we've seen a surge of sixties-inspired sartorial styles, revisited the femininity of fifties-style fit-and-flare and sat through the suspiciously-derivative semiotics of a certain Lizzie Grant... 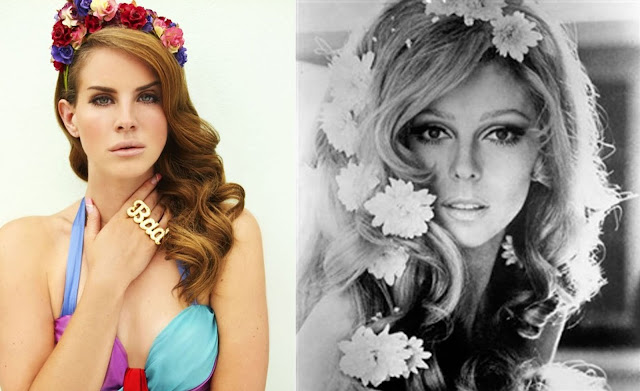 ...or Lana Del Rey as she's better known, a singer and self-confessed "gangsta Nancy Sinatra" currently hijacking the attention of millions via YouTube to let us know she's Born To Die. 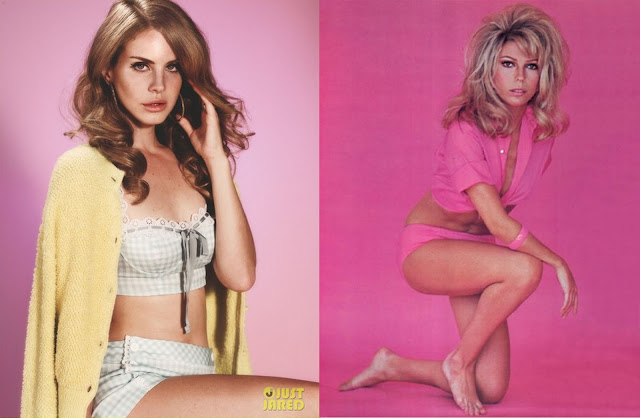 Her name? A fusion of forties Hollywood star, Lana Turner and the iconic-in-an-angular-sort-of-a-way Ford Del Rey car. The Nancy Sinatra comparison has been evident in many of her magazine photoshoots, as well as the VHS-quality visuals of her music video for "Video Games" so what's in a name? Well, pondering the supposed Ford allusion, wasn't it Henry Ford who famously said "Whether you think you can or think you can't you are right"? In which case, if I wanted to be truly mean, I'd express my doubt on such logic vis-a-vis Ms Grant/ Del Rey's ability to sing live, going on THAT infamous Saturday Night Live performance, but on a less catty note, I found the photo below another anomaly from her sultry, Sinatra-inspired image and classic old-style Hollywood femininity. The chillies on this fabulous Dolce & Gabbana dress are surely less Lana Turner and more Carmen Miranda. 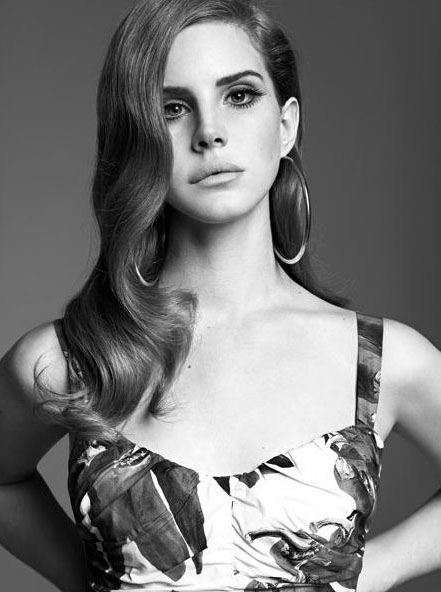 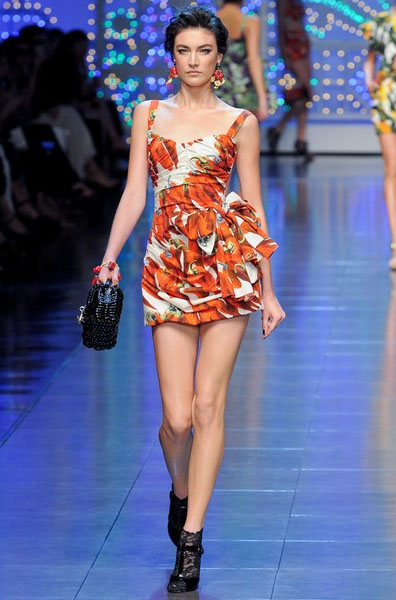 
Needless to say, it hasn't stopped me from copying the look in this entry, with their spicy offering being so very hot for this summer season - only this time I chose to replicate the crop top version, as they are set to be a wardrobe staple as soon as the punishing cold lifts.

Not too technical but it helps to be good at drawing, painting and slip stitching, so still quite a skilled one.

1 x 0.5m white fabric unless your dress/top is already white, of course, but I struggled to find one

Fabric paints in red, brown, yellow and green Mine cost £3 by Dylon from John Lewis

Black oval faceted gems and silver diamantes Mine cost £1.10 per box from Tesco

Create the cream of the crop tops


...Simply by following this video tutorial:

And the final creation again... 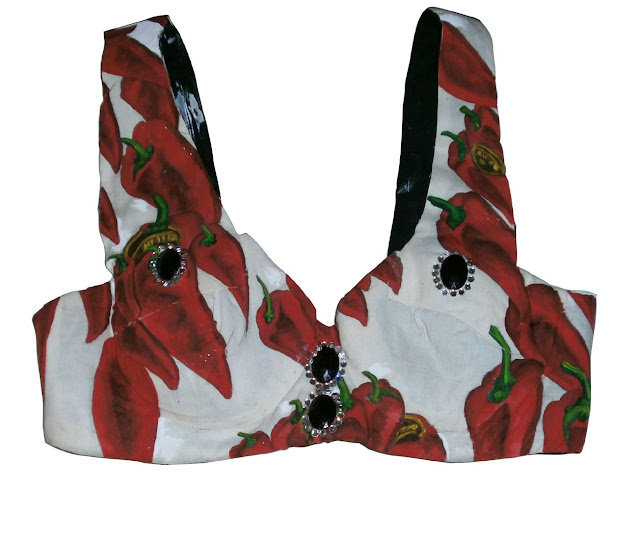