It's so bloomin' easy! 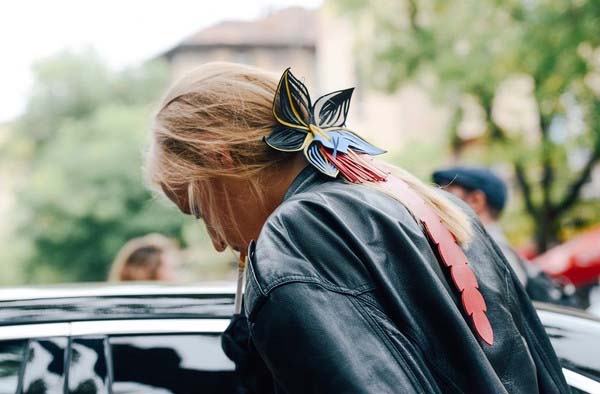 It was the Fendi oversized corsage hair grip in the picture (well, I think it's a hair grip, or certainly an accessory with hair-restraining properties) that inspired this DIY tutorial. I was planning to fix any giant corsages I made to a large hair slide, as it would double up conveniently as an attachment for blazers. Moving on from practical to emotional considerations, I chose the cut out one in the photo because it was a bit different and more colourful than most of the others I had seen. It made the perfect transition between acid brights and quirky rave-inspired colour schemes, so it appeared that I had to make this home-cooked vision a reality. 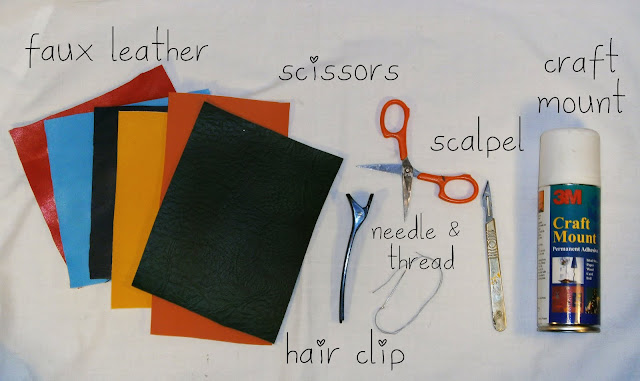 As a project, it's technique-led and has its fiddly moments but it's not the most taxing I've taken on, by any means.

An evening: 2-3 hours. It might take less time if you print out the template of the design I used. 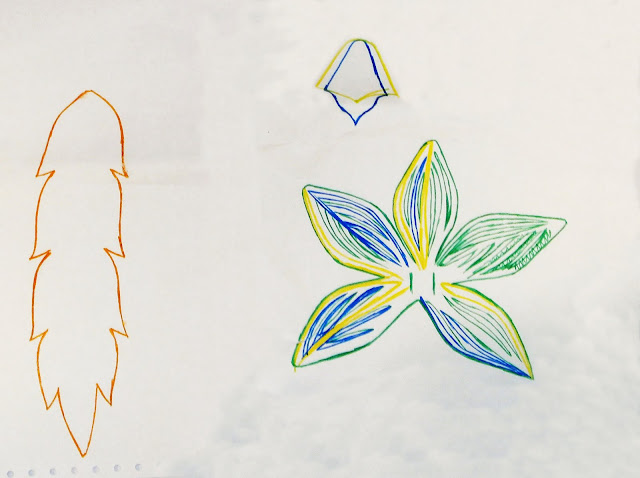 Print out a template of the above design. The flower I used was about 15x15cm, just as a guide. You might want to print it out multiple times so that you can cut out the outlines for each colour. 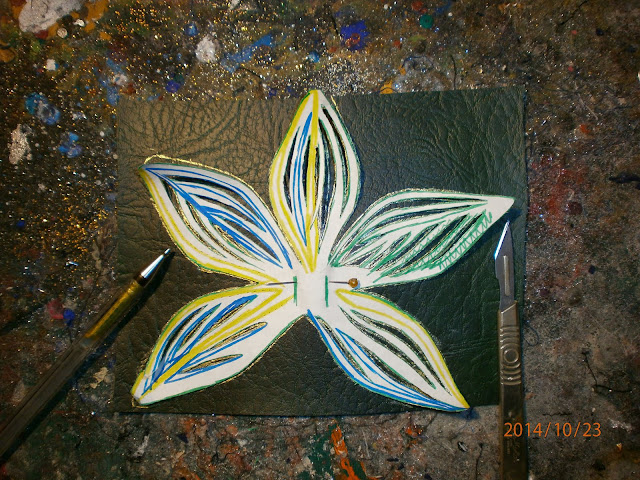 Cut out each piece in all the different colours and trace around them on the corresponding material. Your pieces should look something like these: 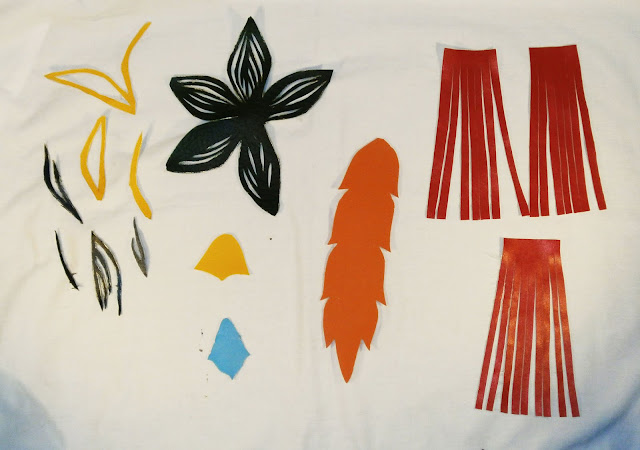 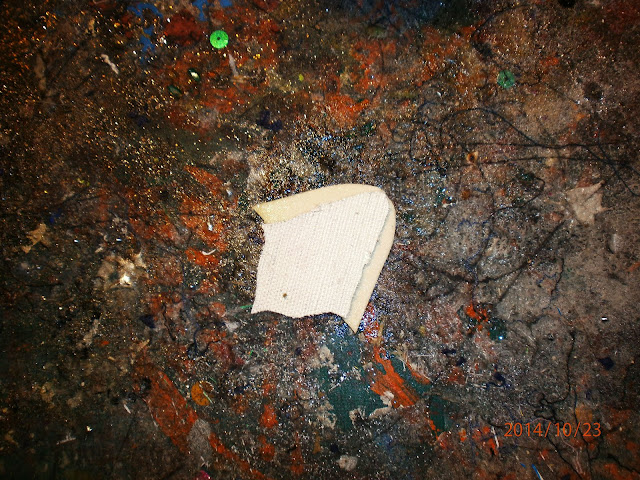 Following the design on the template, glue the pieces of the flower in place. Glue the two pieces at the centre of the flower one on top of the other, with the wider part at the top. Then, with the glue still tacky, fold the side bits back on themselves to create a wrap effect. Stitch it in place at the top. 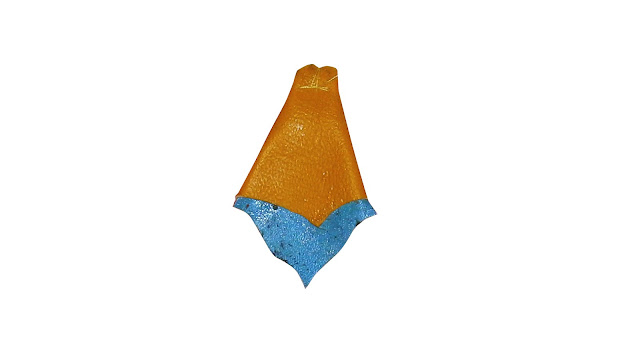 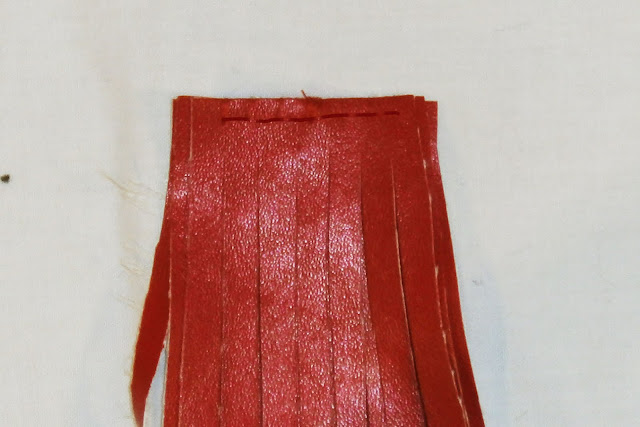 Layer the tasselled pieces (I made three but two would do) and stitch them together at the top. 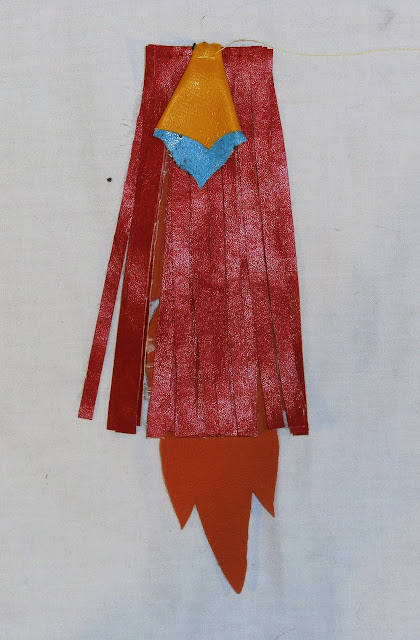 Stitch the tassels, the centre of the flower and the orange feathered part together at the top. 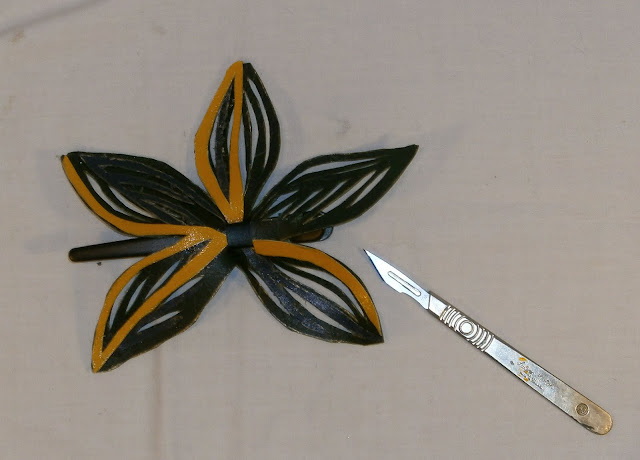 Cut two slits on the centre of the flower with the scalpel and slot the hair slide through them, across the middle. 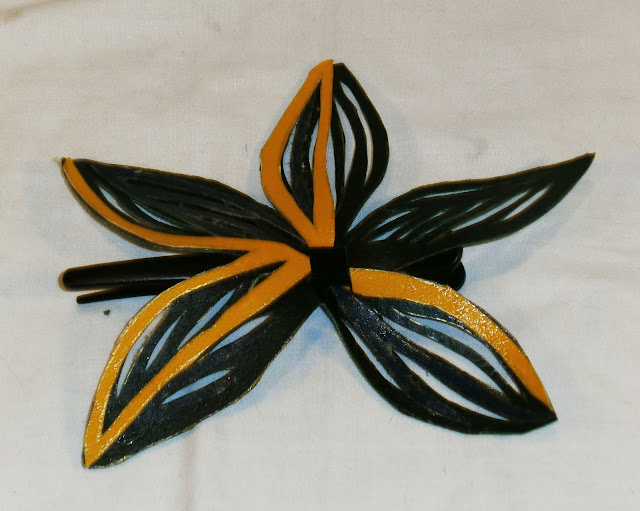 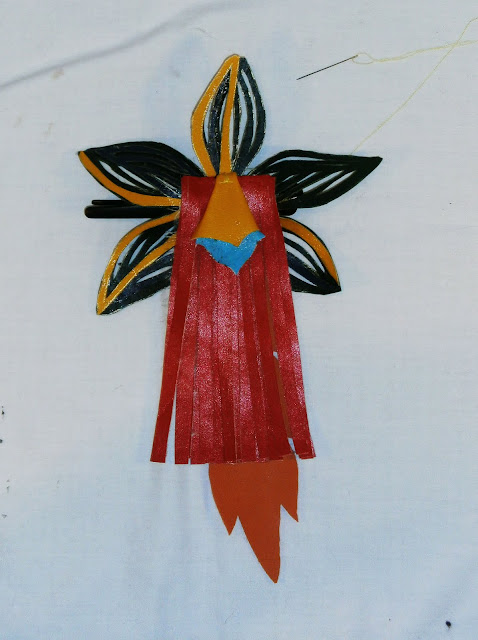 Stitch the flower to the other pieces. 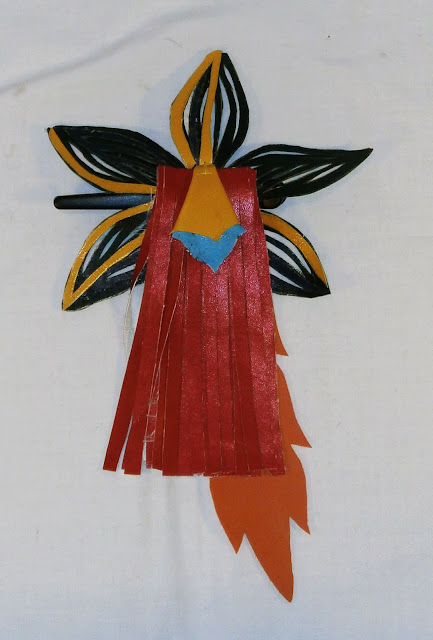